A Winter Weather Advisory has been issued for Dodge, Fond du Lac, Washington, Ozaukee, and Sheboygan counties beginning at midnight Sunday through Noon Sunday. These areas have the best shot at seeing 2-4" of snow. 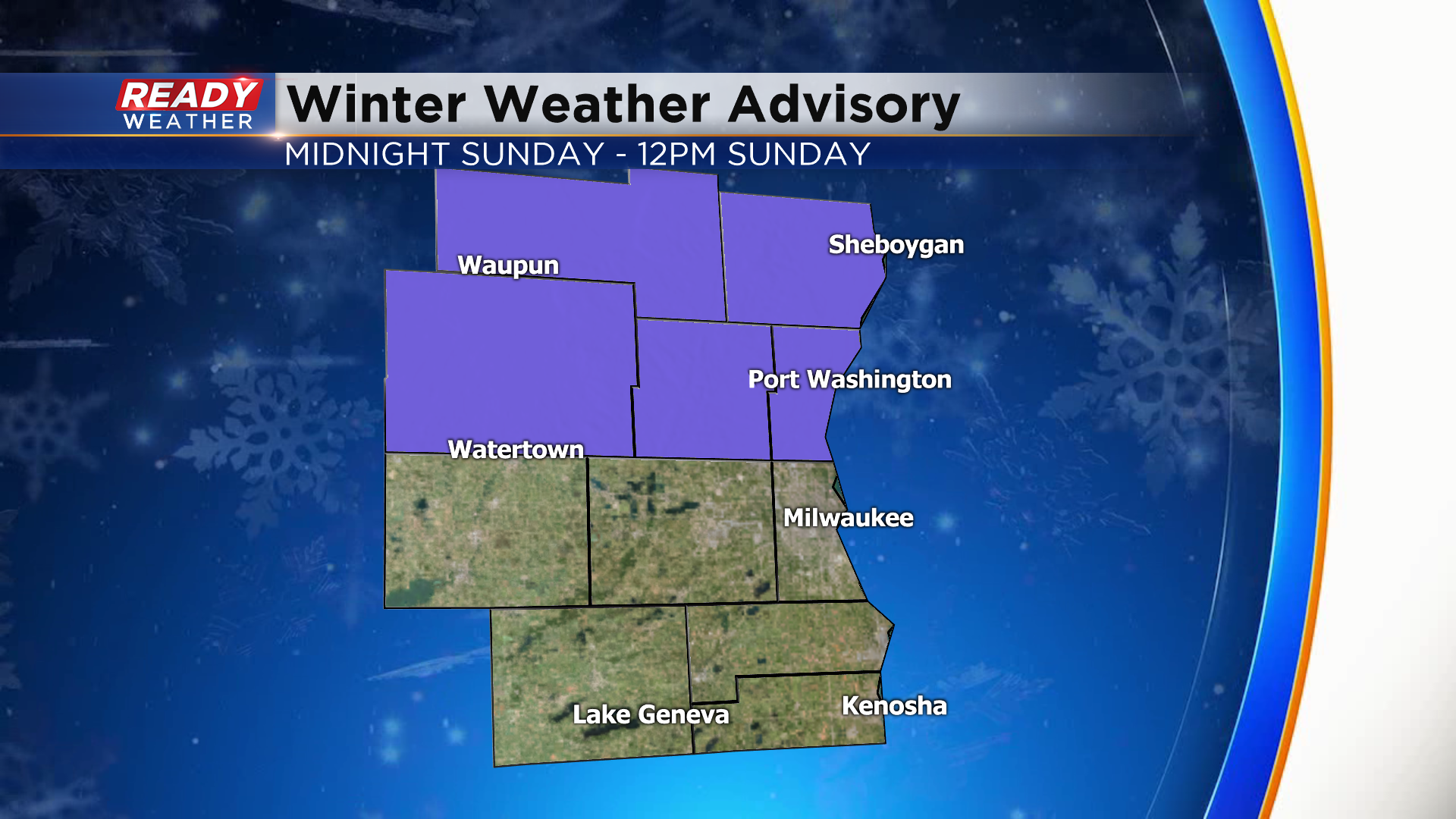 Milwaukee will be right on the dividing line, with 1.5-2.5" expected in the city. Lesser totals will be found closer to the Wisconsin/Illinois border. Timing remains unchanged with the snow arriving in southeast Wisconsin between 8-11pm Saturday evening and the brunt of the snow falling after midnight. 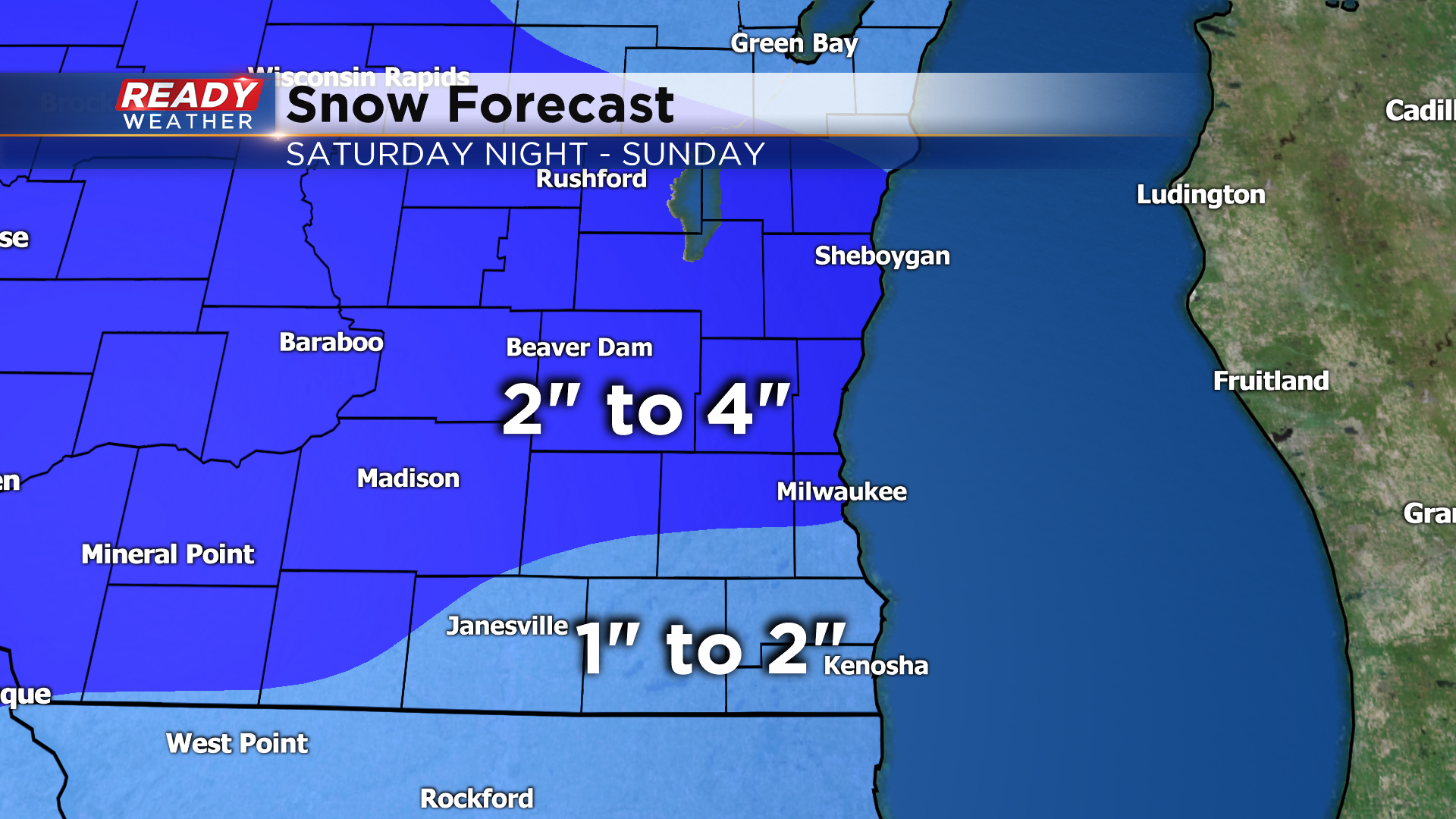 Thursday was our first day without any snowflakes or measurable snow in over a week. Thursday was also our first day to see a mostly sunny sky since the beginning of December. Officially it went 43 days between mostly sunny days. Friday will also feature some good sunshine and then the clouds return along with our snow chances. 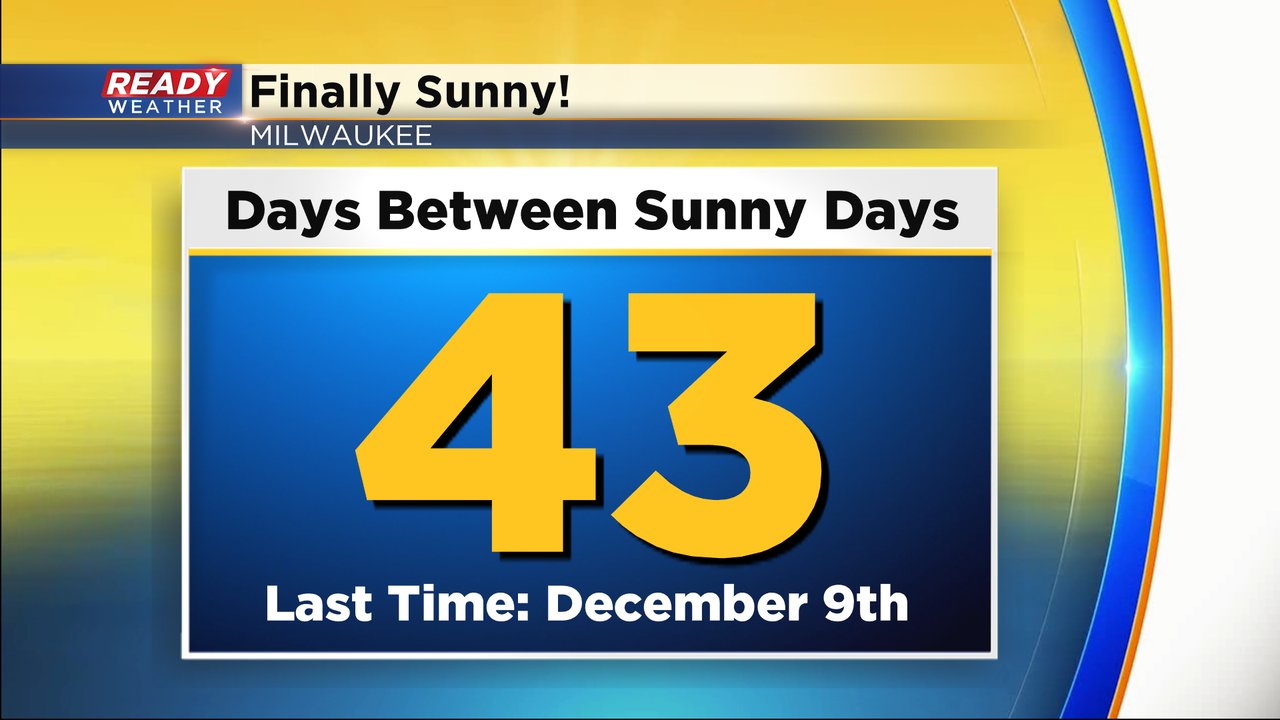 Saturday morning will start with some sunshine and wind chills once again below-zero. By lunch on Saturday we see the clouds roll in and the rest of the afternoon looks fairly cloudy. The earliest any weather models have snow starting is around 7 or 8 p.m. on Saturday but some hold it off until after midnight so most of the day Saturday will be dry but if you have evening plans you may want to keep that radar app handy. 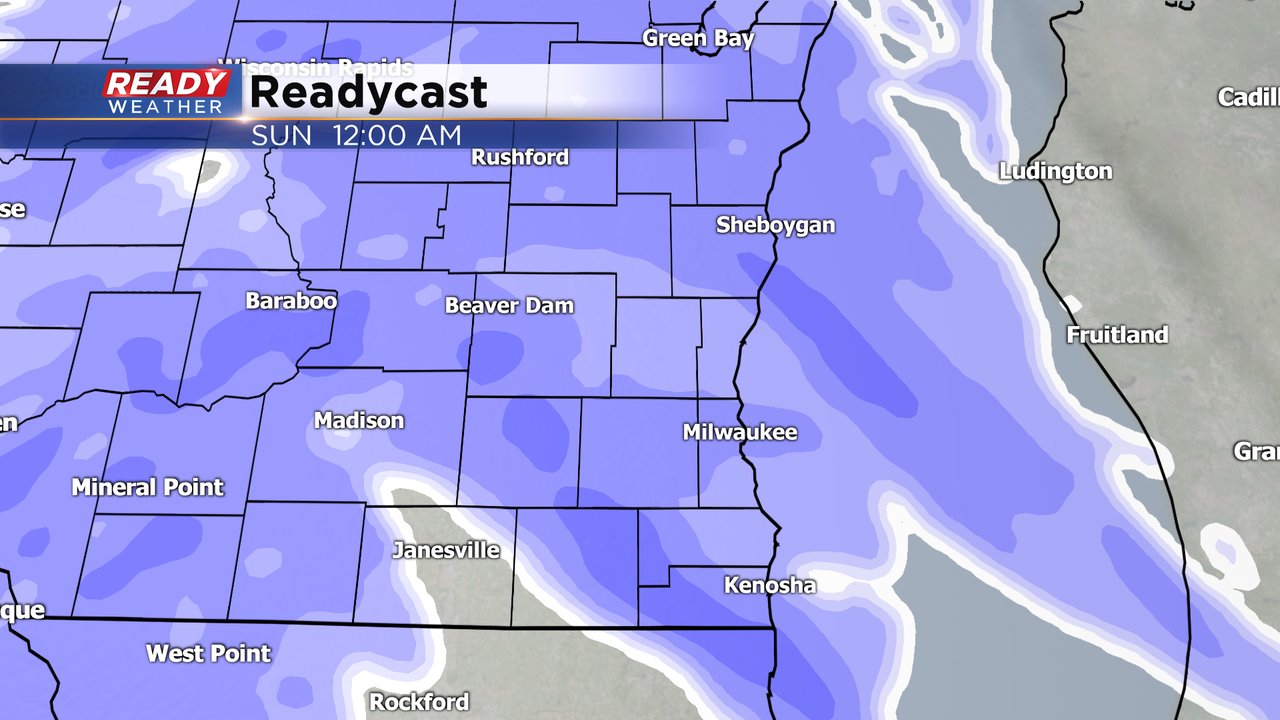 Snow will likely be heaviest Saturday night into Sunday morning with some scattered snow showers through Sunday afternoon and evening. This will be a fluffier snow than most of our wet snows have been so far this season. Flufflier snow is typically a little bit more slippery and also accumulates a little more. We aren't expecting a ton of snow with 1-2" south of I-94 and 2-4" north of I-94. We could see some lake enhancement which could bump up totals near the lakeshore.

Snow and roads will likely be impacted, especially first thing Sunday morning. Visibility will be reduced at times but wind, cold and ice are not expected to be issues. 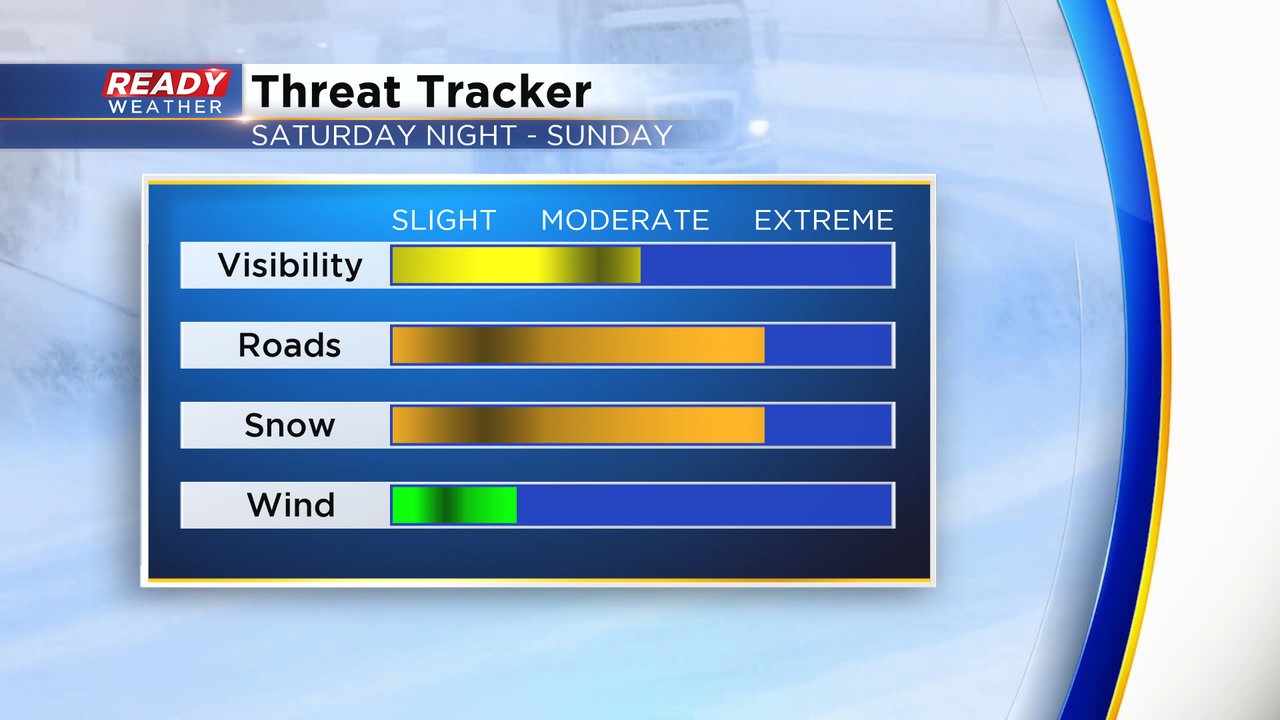 The chance for a snowglobe type game at Lambeau on Sunday has decreased but a few light snow showers are likely as fans arrive at the stadium through kickoff with snow ending during the game. By the fourth quarter just expect a mostly cloudy sky with temps in the upper 20s and wind chills in the teens. Lambeau could get a couple inches of snow Saturday night into Sunday morning so there will be a little shoveling to do. 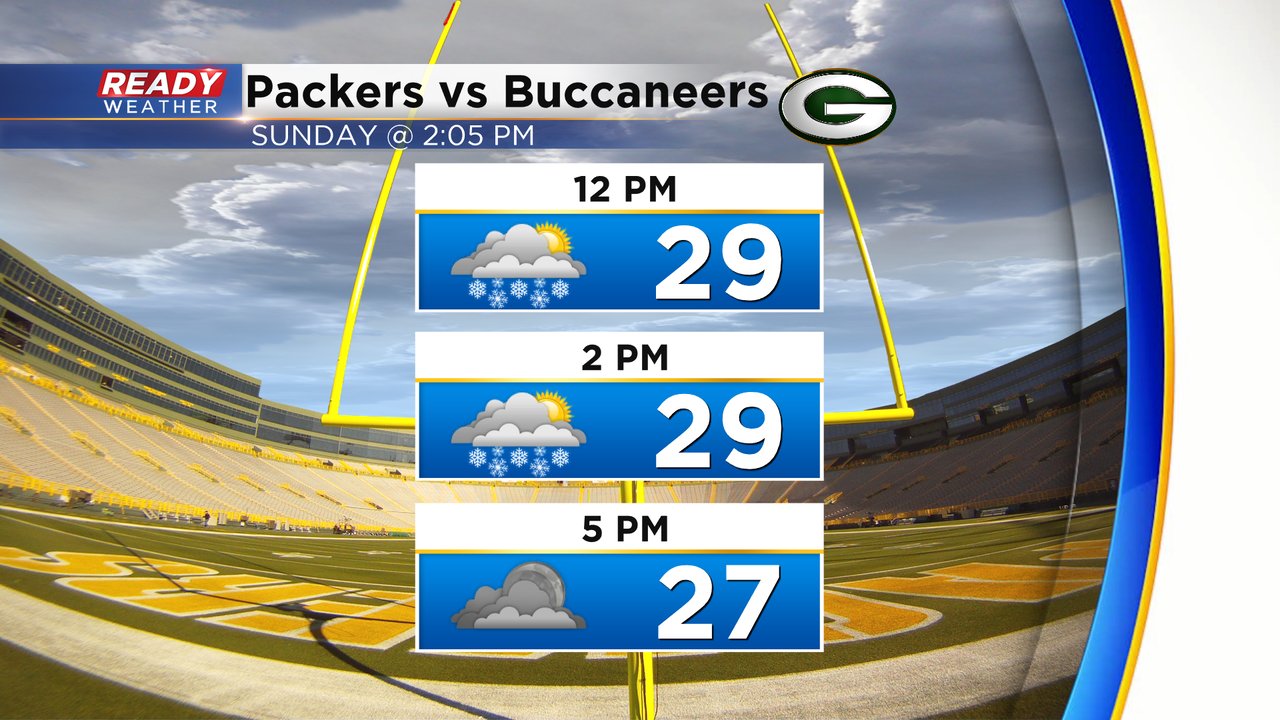 Download the CBS 58 Ready Weather app to stay up to date on the latest forecast and track the snow as it falls.