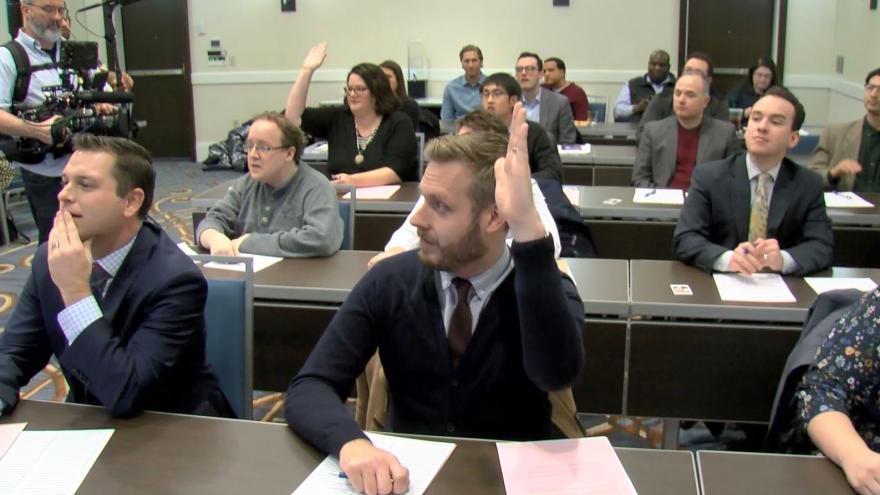 MILWAUKEE (CBS 58) -- America's favorite quiz show is in Milwaukee. Over the next couple of days, nearly 100 hopefuls from the Midwest, and really from around the country, will get to see if they have what it takes to make it on Jeopardy.

So cool to play Jimmy @Jeopardy on the @CBS58 Morning News! I may have nerded out a little meeting @JimmyClueCrew... #futurejeopardychampionpic.twitter.com/nI0DV6kxko

Contestants on Friday, Nov. 22, already passed the online quiz so the live auditions are the second phase of the process to make it onto the show.

These are the smartest people in Milwaukee. A privilege to be among them for a @Jeopardy test today! pic.twitter.com/E7wkD5Mldk

"We're going to watch them to see how they play in front of us, to see how comfortable they are and we're looking for personality, fun people and as I said again exciting money if they win big bucks on the show," said Jeopardy! Senior Contestant Coordinator, Glen Kagan.

A couple of members from CBS 58's morning show even went through the process, including Morning Anchor Mike Curkov and Meteorologist Justin Thompson-Gee. Mike did pretty well -- no surprise! Watch just below:

Good luck to all the contestants.

Contributions to this story also made by: Pauleen Le
Share this article:
Save with