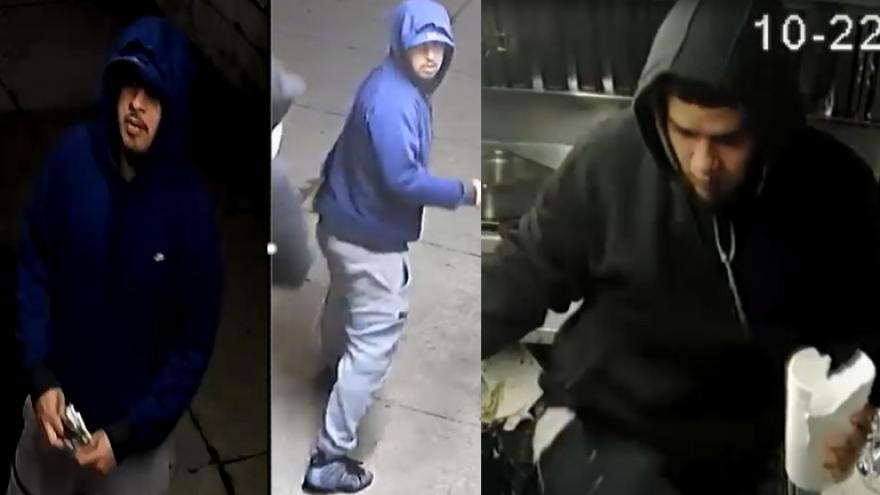 MILWAUKEE (CBS 58) -- Milwaukee police are asking for the public's help to identify suspects who robbed a taco truck near 10th and Becher on Oct. 22.

Police say one suspect ordered food from the truck as the other two entered the truck armed with a pistol. The suspects took money from the till and fled the scene.

Authorities describe suspect #1 as a Hispanic male, 25-30 years old,  standing 5'9" tall, medium build with a light complexion. He was last seen wearing a black hooded Adidas sweatshirt with the hood up, dark pants, black shoes, a pink bandanna on the lower portion of his face and black and neon green work gloves.

If anyone has any information regarding this incident, they are asked to call Milwaukee police at 414-935-7360 or Milwaukee Crime Stoppers at 414-224-TIPS.