Low clouds and fog will remain possible tonight as dry air works into the system.  A lot of drizzle is being reported across the area tonight. 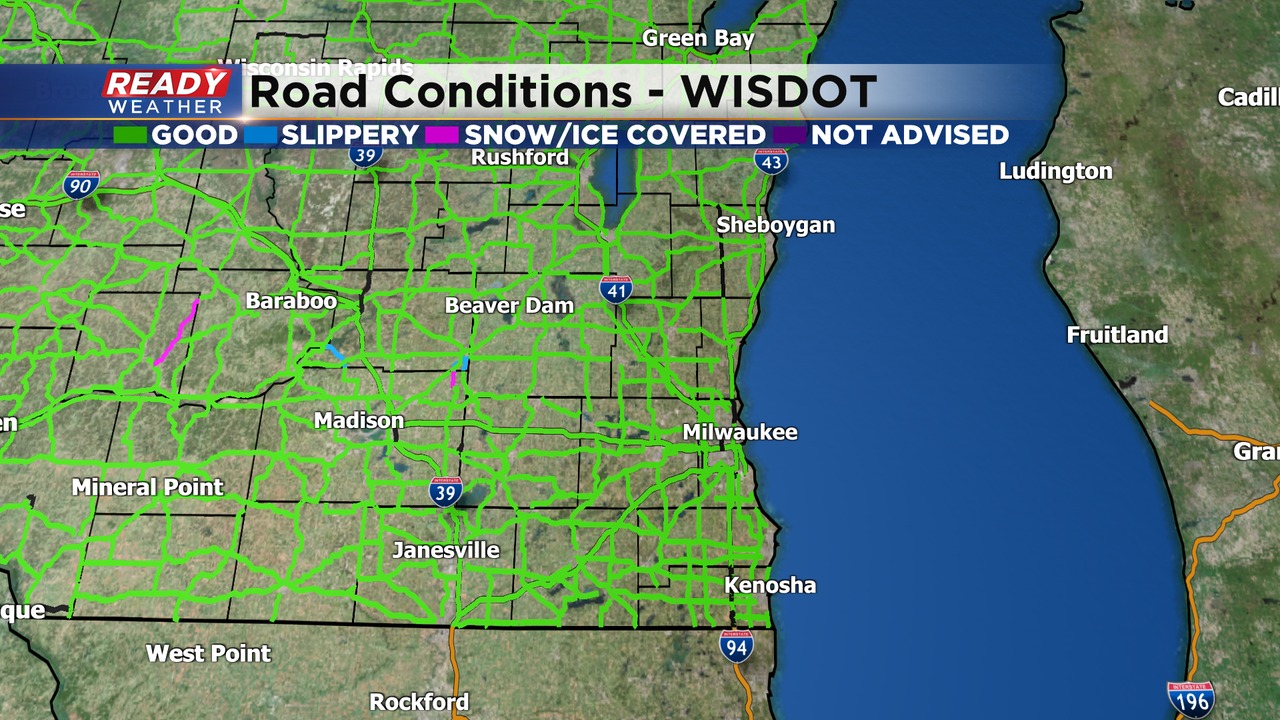 Pockets of freezing drizzle will keep side roads slick.  Main roads are in decent shape after the slush.

Watch out if you experience temperatures around 30 degrees.  Lakeside areas should remain in the middle 30s. 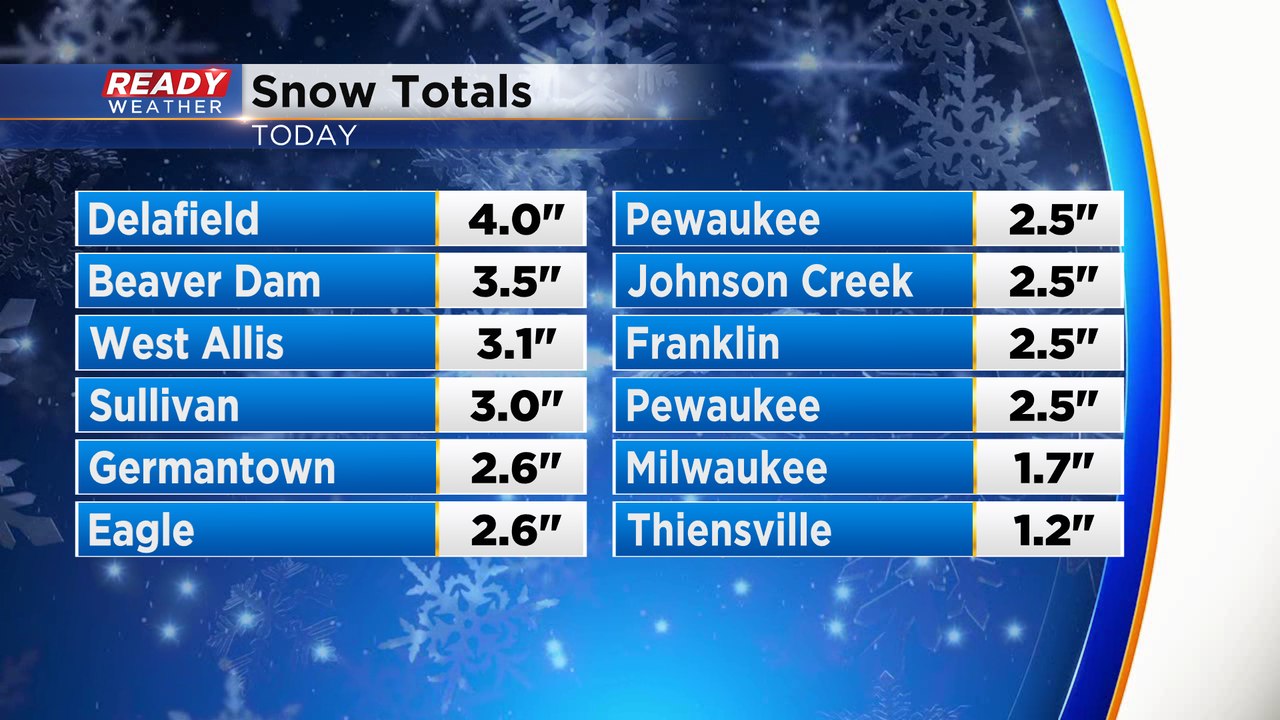 Here are some of the snowfall totals from today.  Milwaukee finally picked up the first inch of the season. 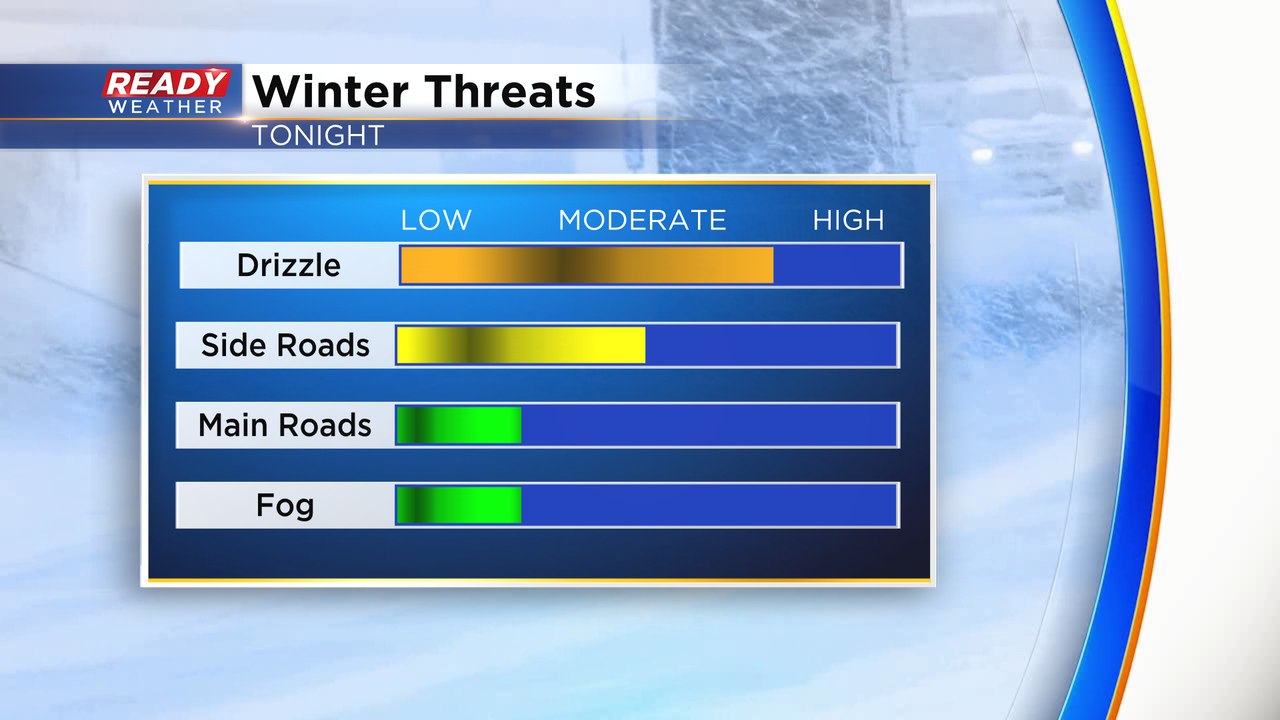 The heavy snow has ended across southeastern Wisconsin.  Low clouds and fog will remain possible tonight as dry air works into the system.

Pockets of freezing drizzle will keep side roads slick.  Main roads are in decent shape after the slush.

Watch out if you have temperatures around 30 degrees.  Lakeside areas should remain in the middle 30s.

Snow is diminishing across the area. Check out Ready Doppler 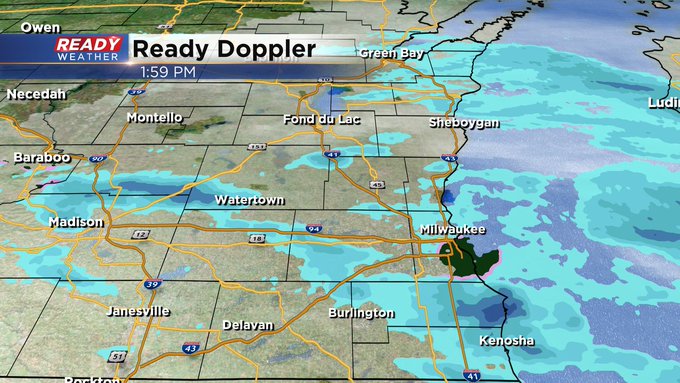 With a quick decrease in snow in progress the National Weather Service has decided to end the Advisory a bit earlier - at 3pm. 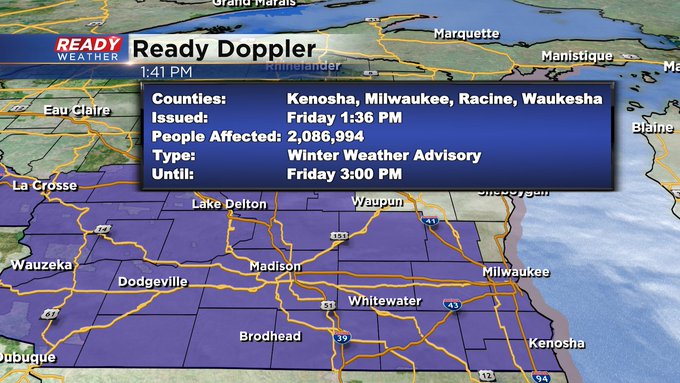 Even though the snow is winding down we've picked up some decent totals across the area, take a look: 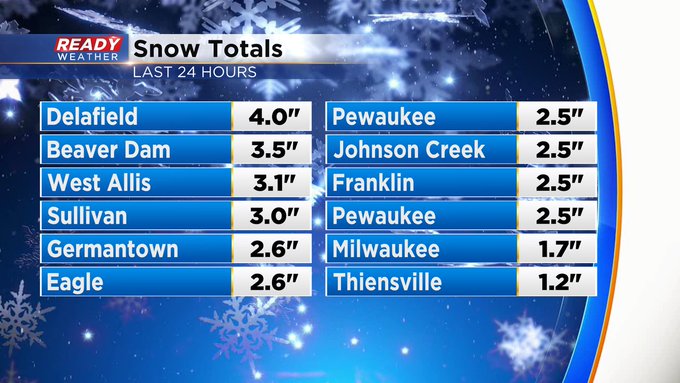 Still keep in mind patchy drizzle could be around into the evening leading to sneaky slick spots.

Snowfall totals are starting to pile in: 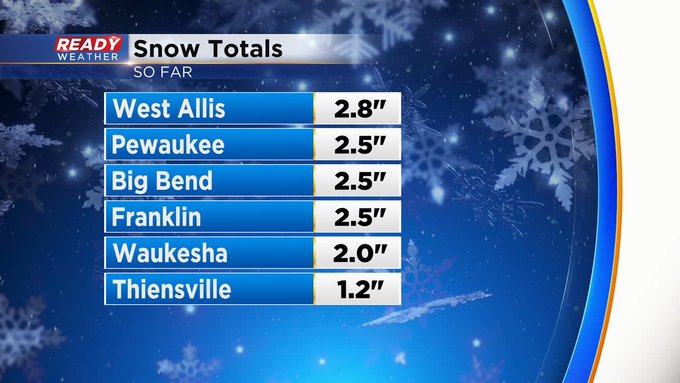 We've now just received a few other reports up to three inches in places like Sullivan, Beaver Dam at 3.5 " and officially at the airport in MIlwaukee 1.7". The heaviest band is breaking of to more spotty heavy punches of snow. The trend for gradually decreasing snow intensity will be with us now through sunset. 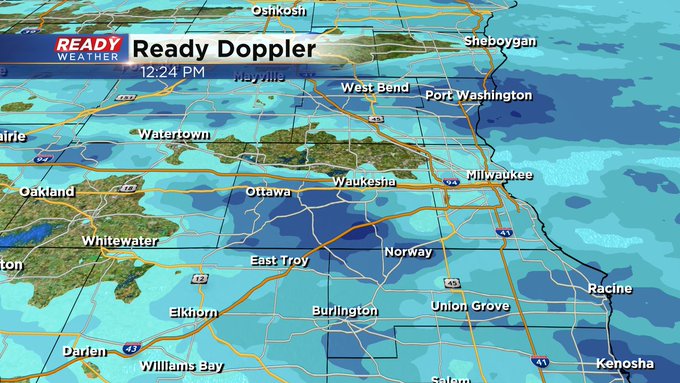 Snow has made it to Milwaukee and is coming down very hard at the moment. This will continue at this rate into the early afternoon before becoming lighter and more patchy. 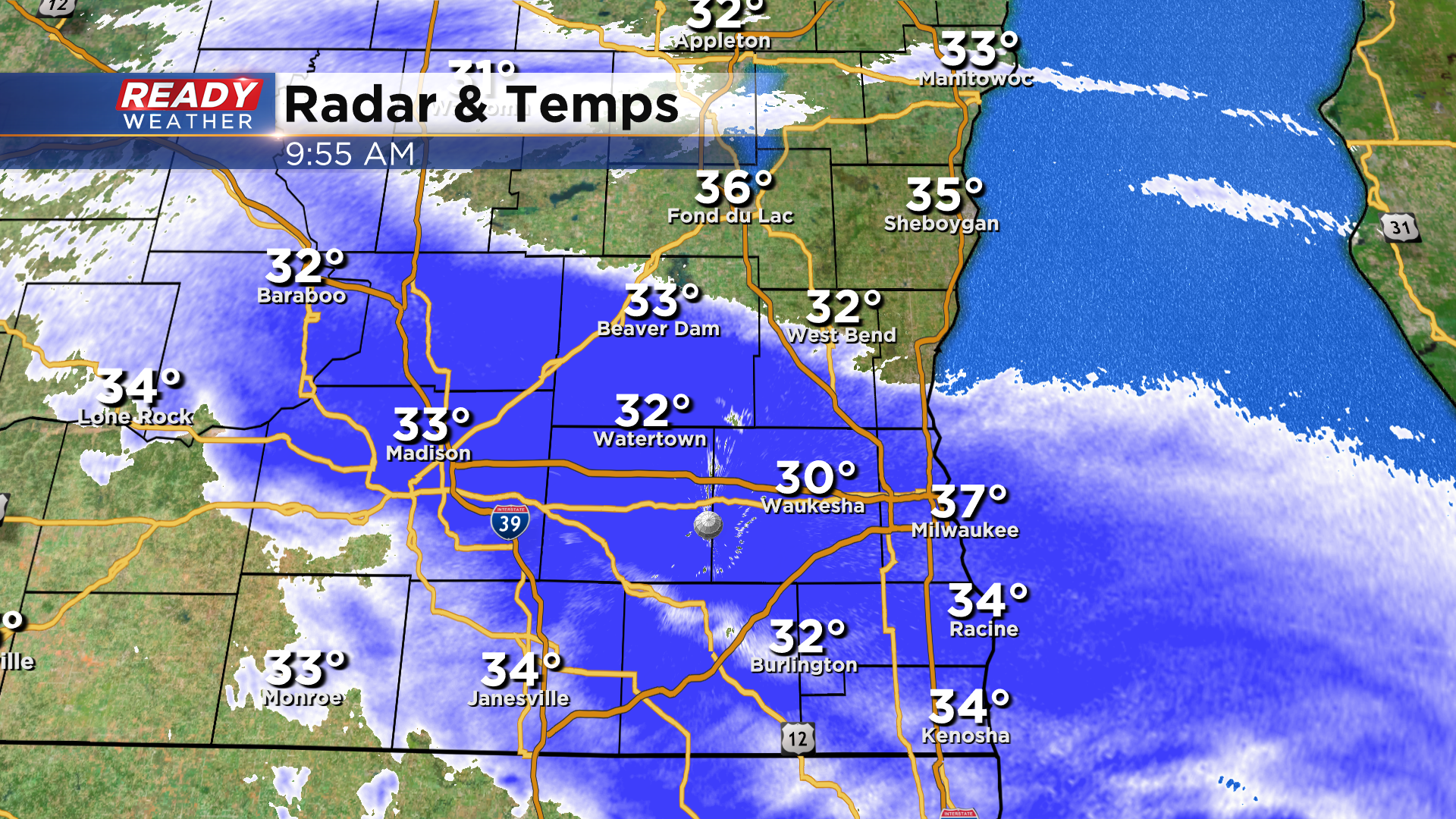 We're seeing near whiteout conditions across much of southeast Wisconsin within this band of snow and deteriorating road conditions. 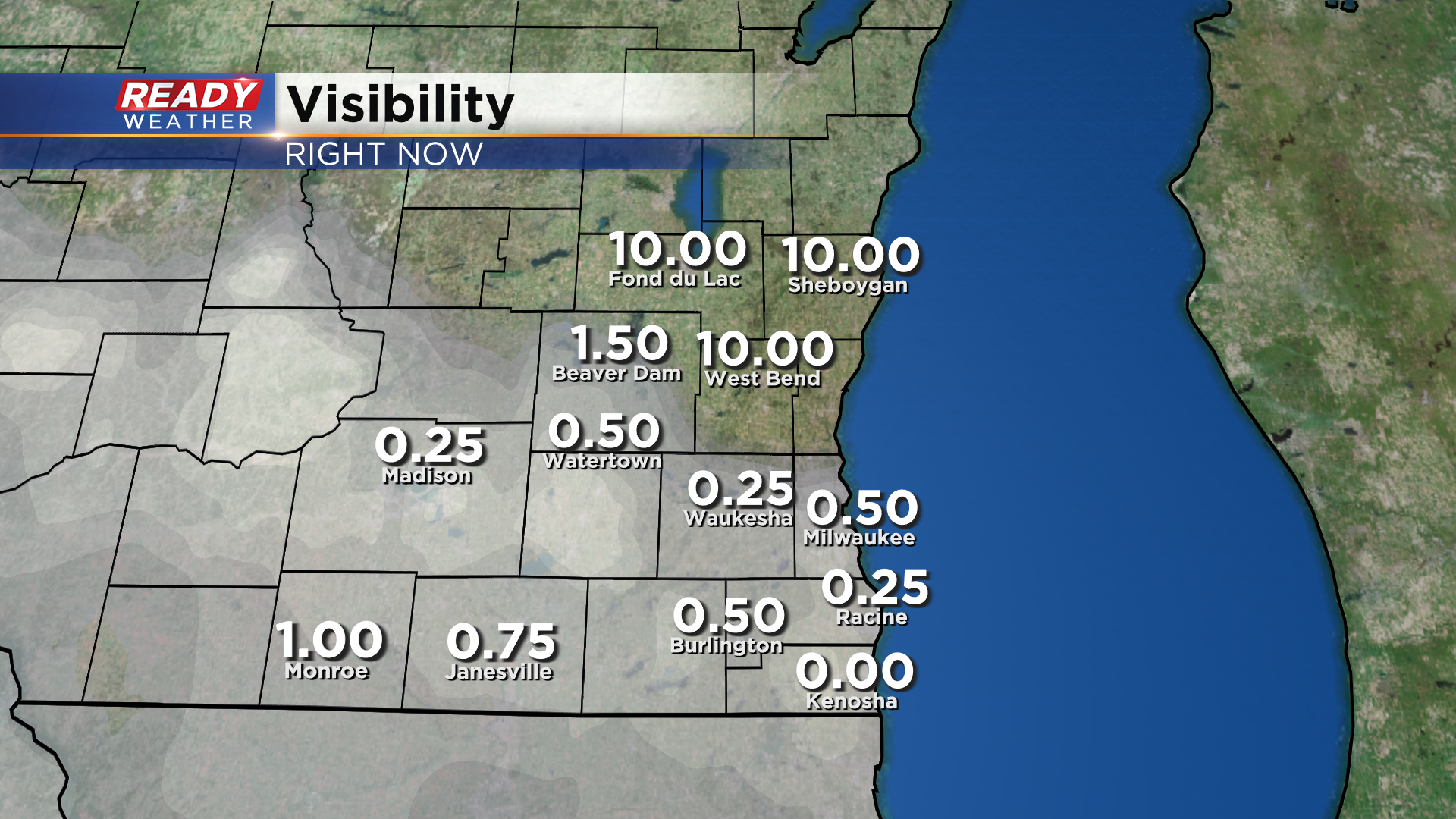 Due to the heavy nature of this snow, Milwaukee and Washington counties have been added to the Winter Weather Advisory through 6pm. Snow total forecast below remains unchanged.

Rain and heavy wet snow are slowly, but surely, moving towards the Milwaukee metro. It'll reach us during the 8am hour. 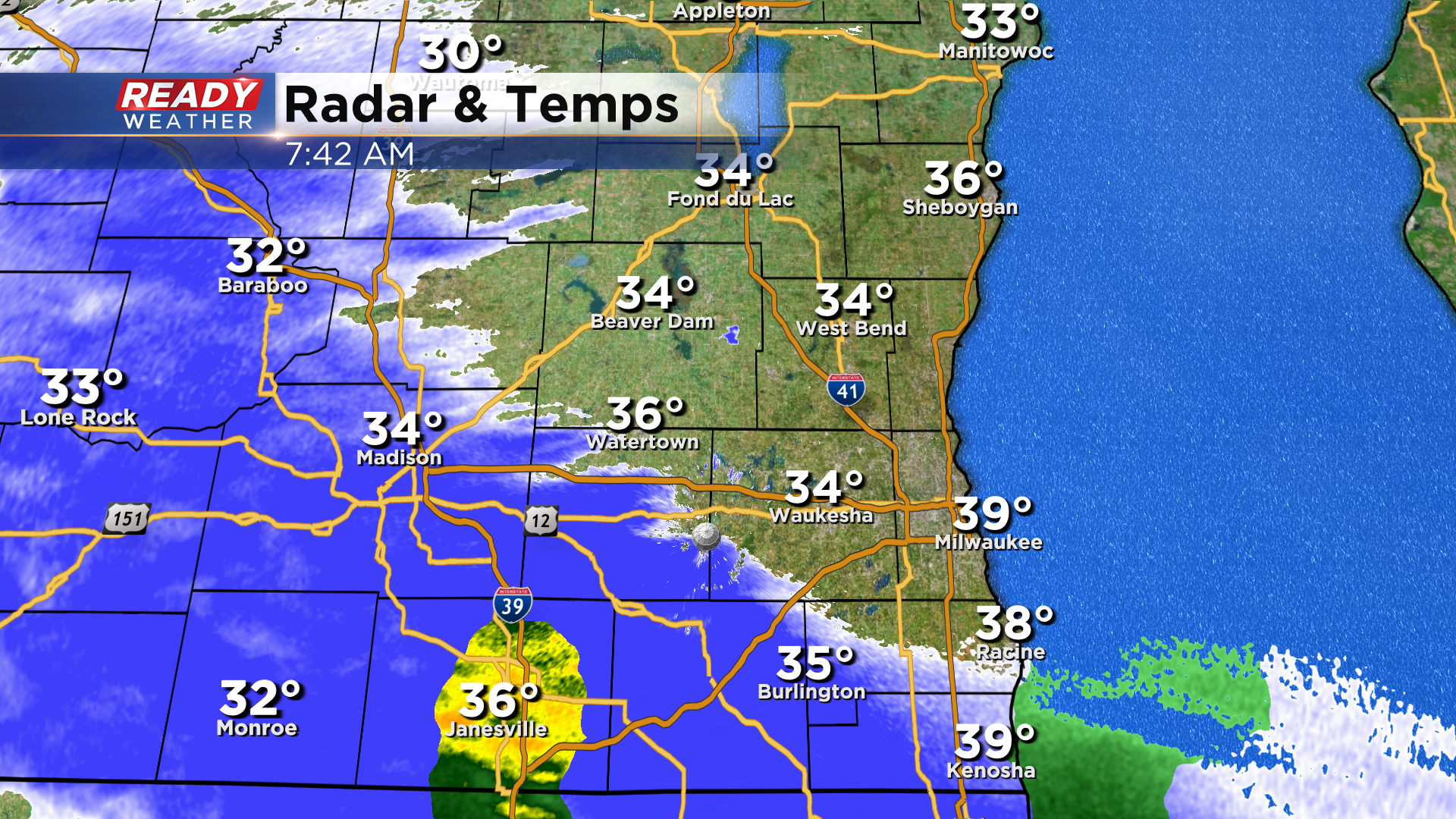 Big snowflakes are falling with this band of snow as seen in Lake Geneva. Visibility is also being reduced to under a mile. 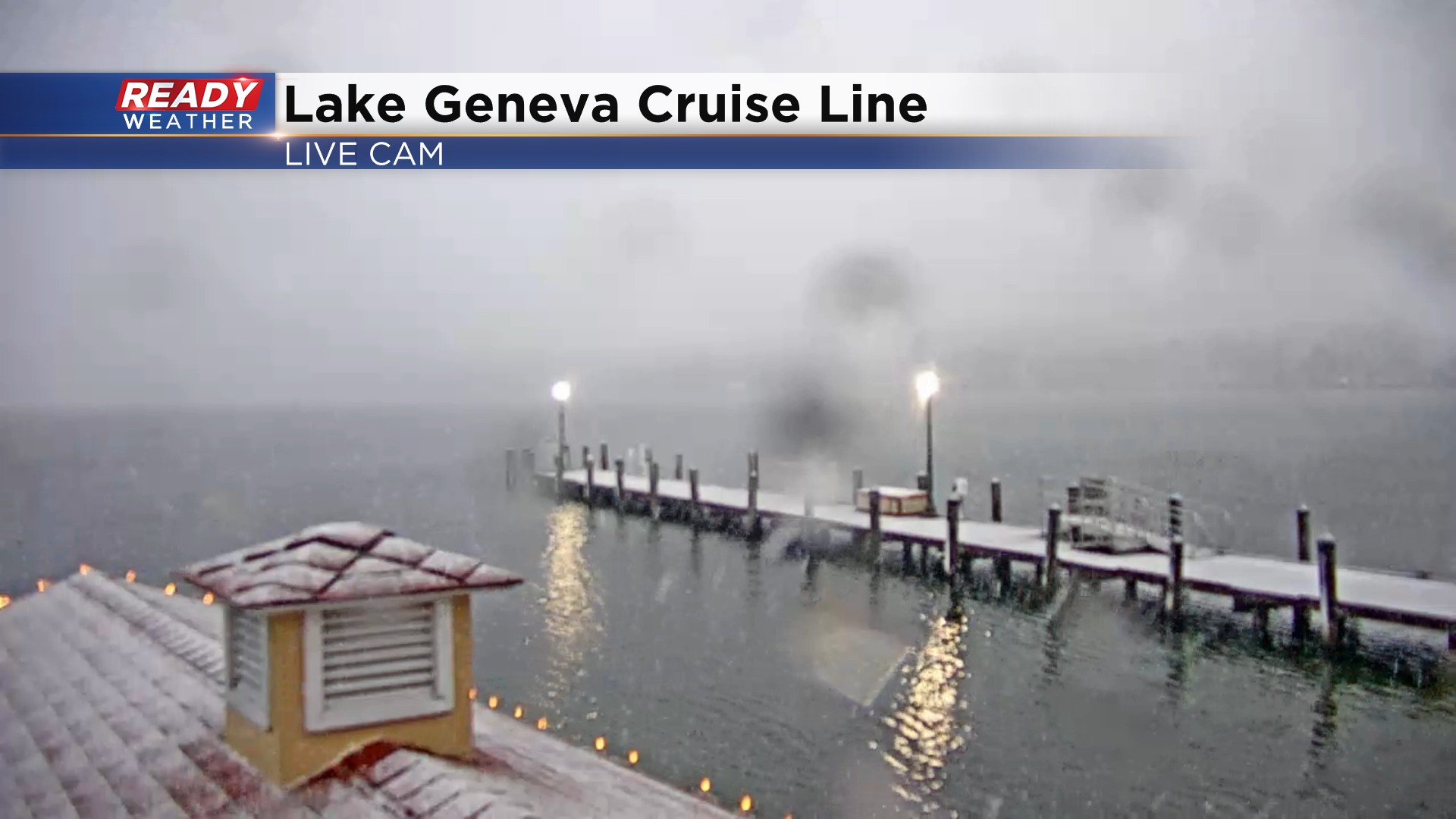 Roads are becoming slippery in Walworth and Jefferson counties. Roads will continue to deteriorate through the morning. 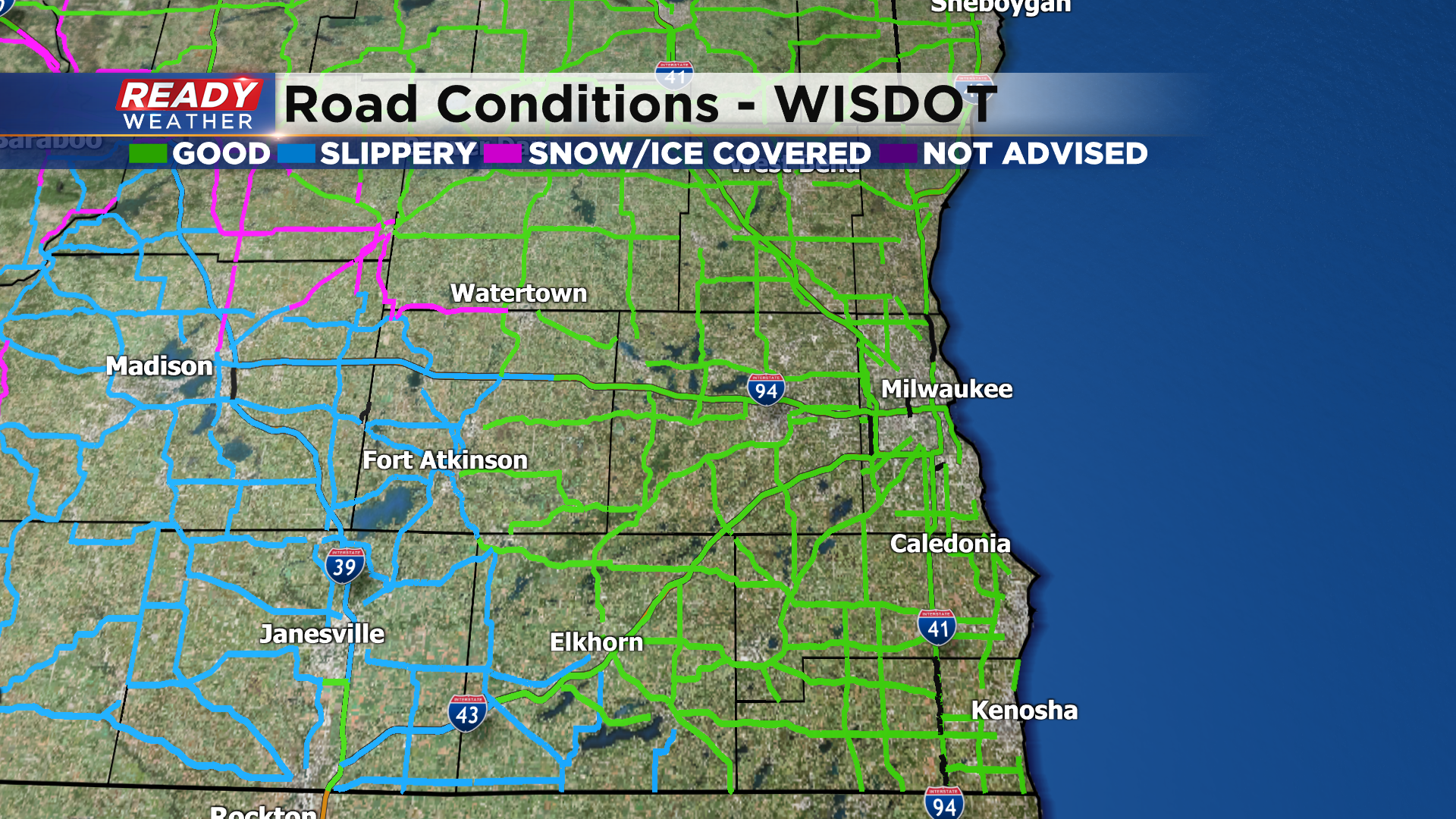 All is quiet very early this morning, but that will change shortly as the band of wet snow and some rain overspreads the area from the west between 5-8am. 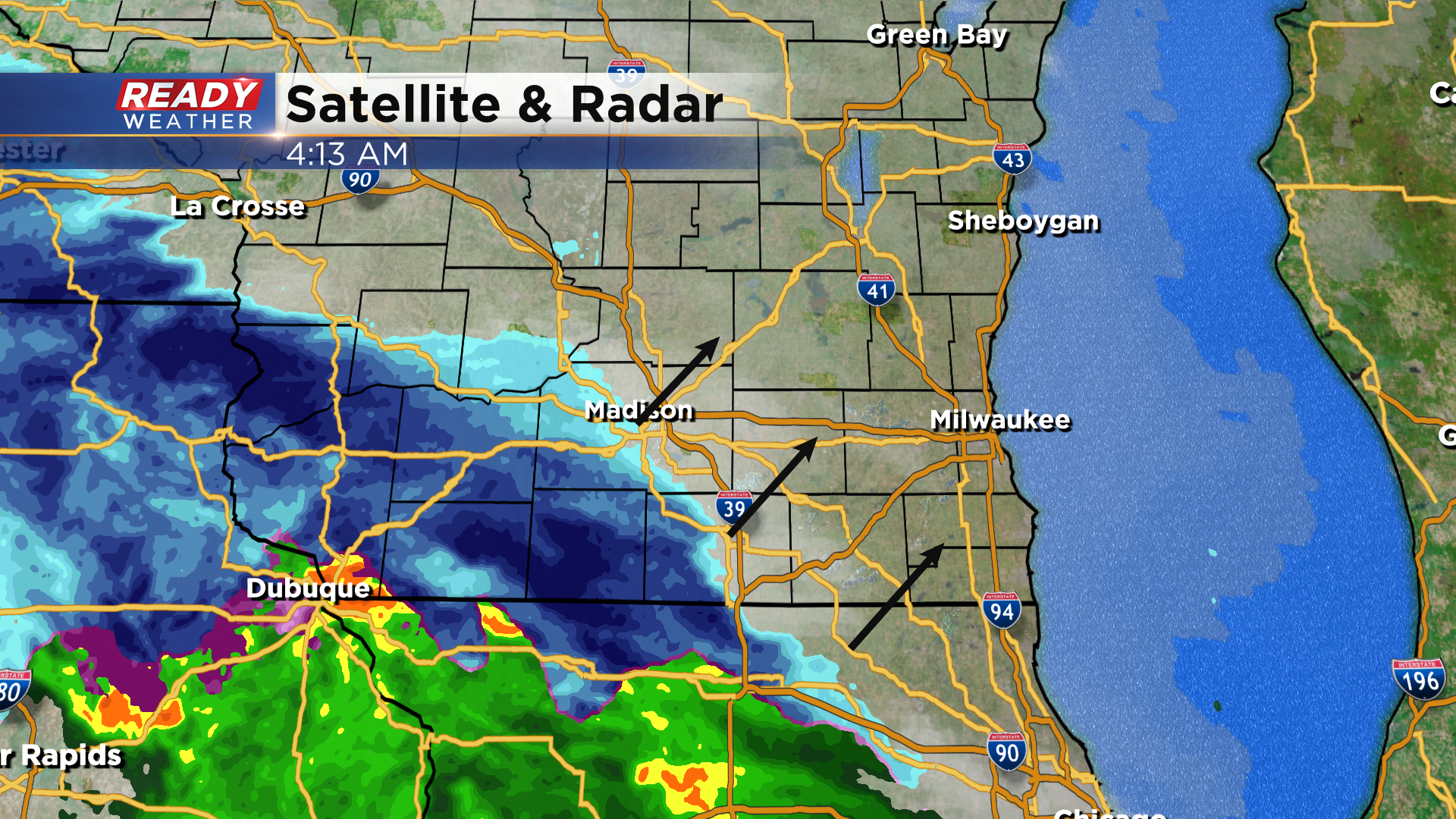 Precipitation will initially fall in the form of rain and wet snow but will likely change over to all wet snow mid-morning into early afternoon. 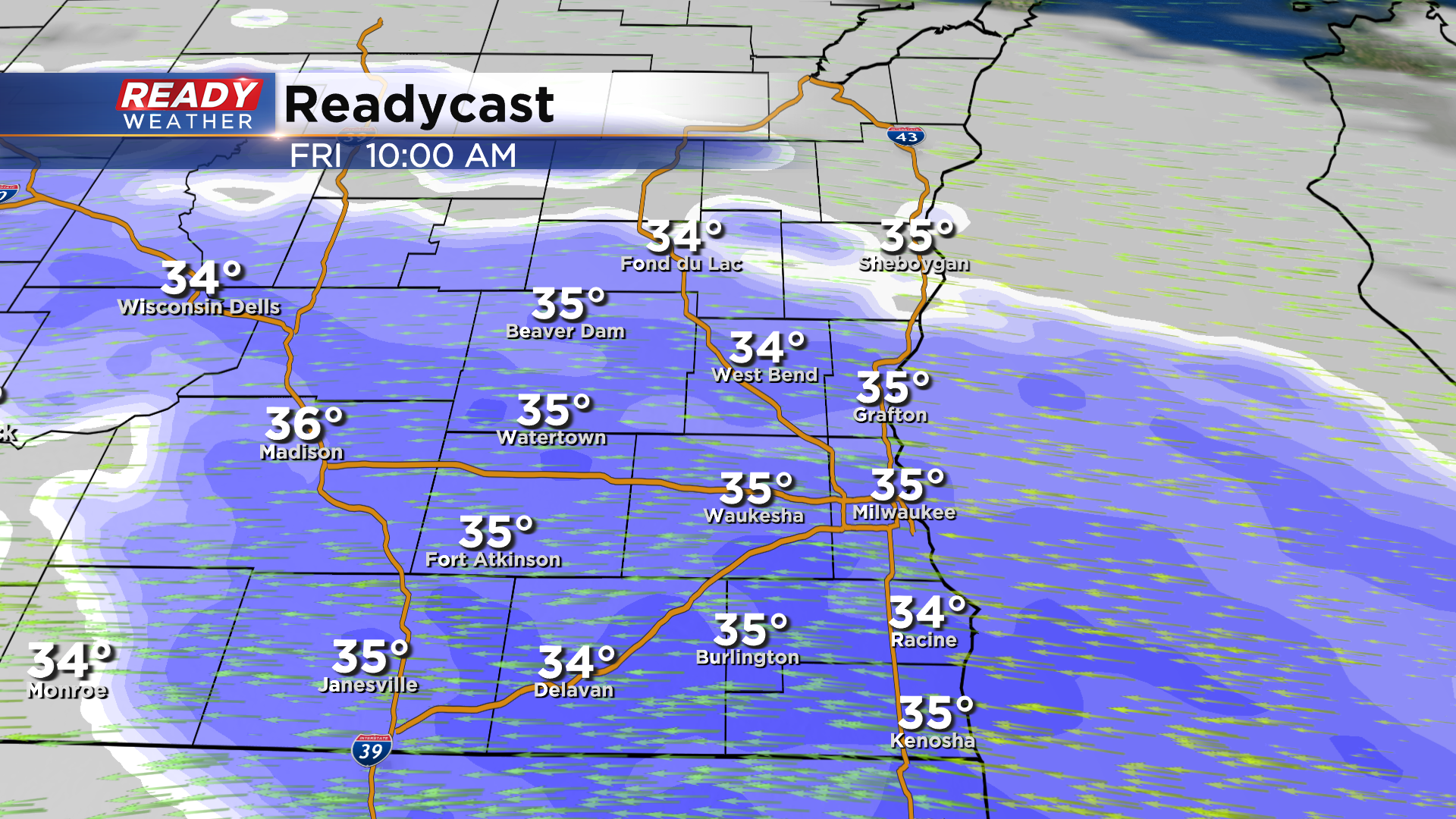 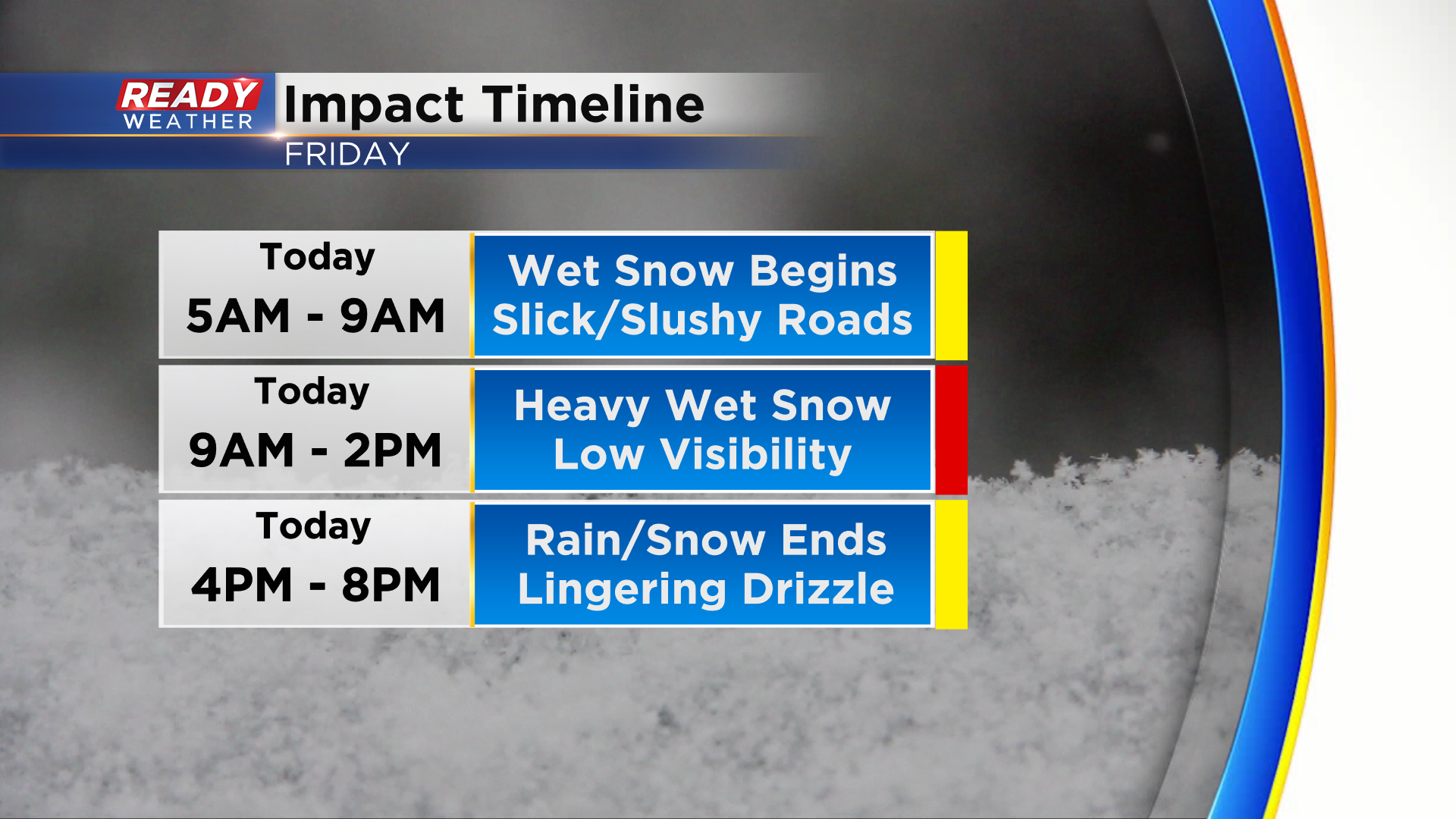 We'll start to see some rain mix in with the snow near the lake as it becomes lighter mid-afternoon. Most of the rain/snow will taper off by 7pm, but we're expecting drizzle to linger through the evening and into the night. This could create slick roads inland as temperatures flirt with the freezing mark. 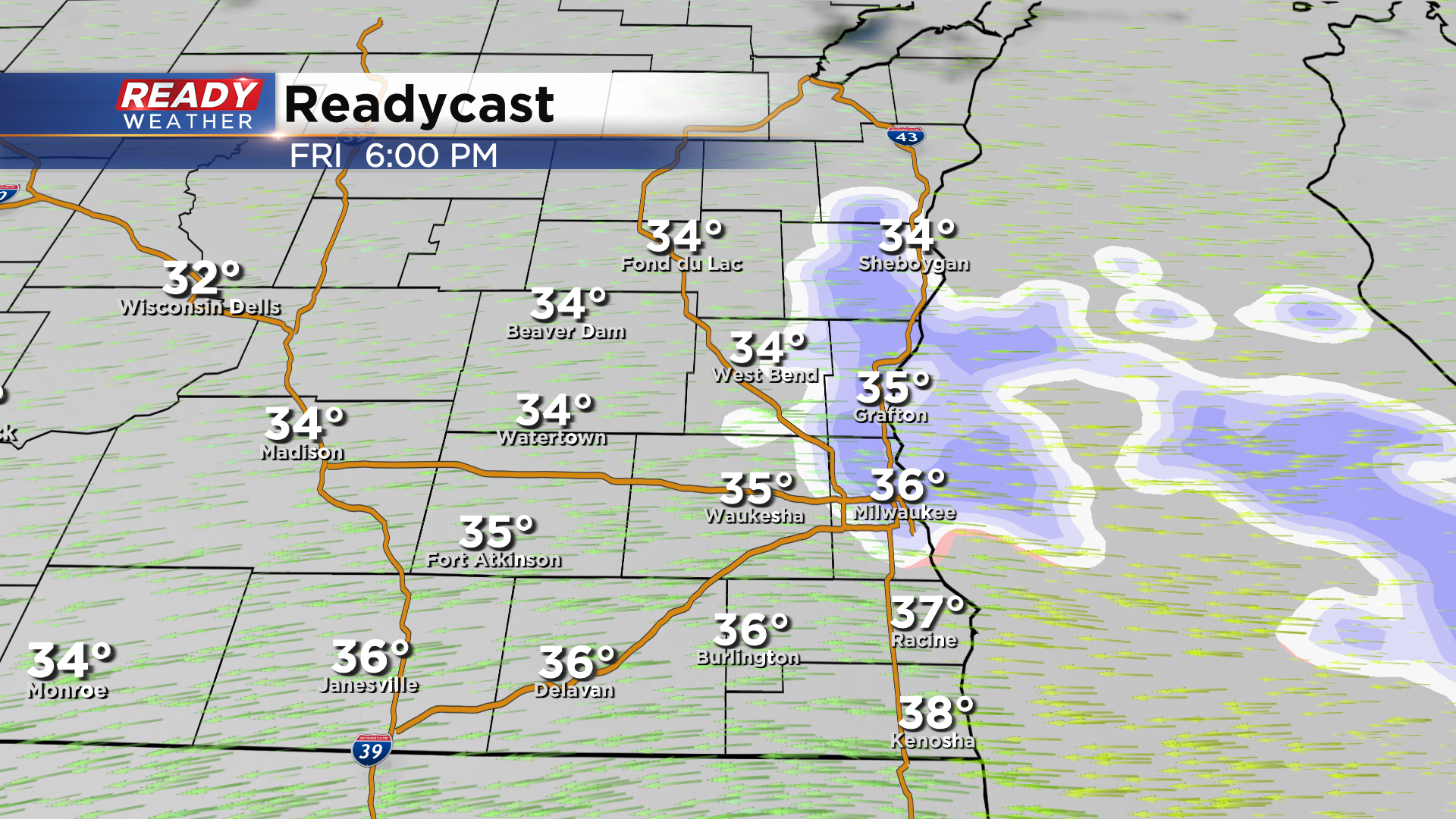 A solid 2-4" of heavy, wet snow is expected for a good portion of southern Wisconsin. If you live within a couple of miles of the lake, snow totals will be on the lower end. There will also be a sharp cutoff in snow totals to the north due to the southerly track of this system. 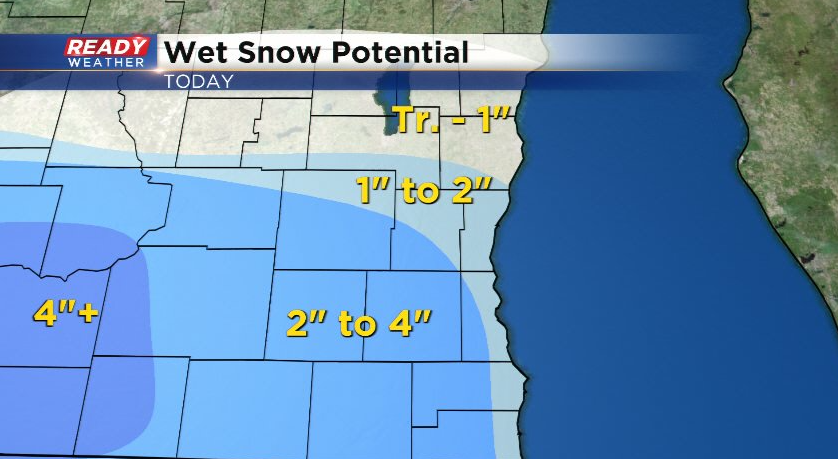 A Winter Weather Advisory is in place through 6pm for counties with the best chance at picking up 2-4" of snow. 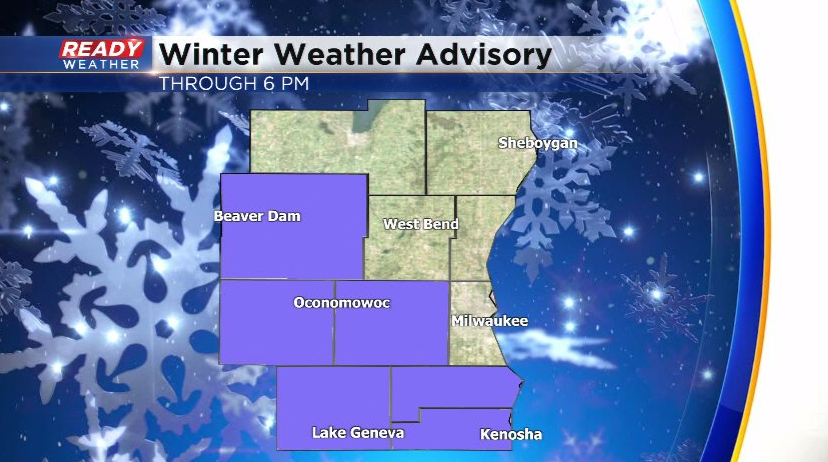 Download the CBS 58 Ready Weather App for the latest updates.