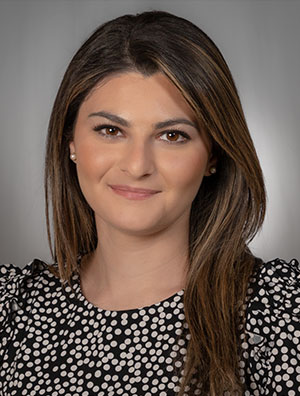 Daniela Cado joins CBS 58 and Telemundo Wisconsin as a bilingual reporter since August 2022.

Cado was born in Albuquerque, New Mexico, and grew up in Miami, Florida. She attended the University of Florida where she proudly graduated with a double-major in Journalism and Spanish, along with a Graduate Certificate on Global Strategic Communications, in 2017.

Shortly after graduation, in January 2018, she moved to the 'Windy City' of Chicago, Illinois, to work at NBC 5 & Telemundo Chicago as a digital producer for two and a half years. Cado then moved to the Delmarva peninsula to work for the NBC-affiliate WRDE News & Telemundo Delmarva as a Bilingual Multimedia Journalist Reporter. Within her two years as a reporter there, Cado covered a wide-range of stories across the state of Delaware, Maryland, and Virginia; in both English and Spanish--including new developments on immigration/DACA policies, explainers on COVID vaccines while debunking myths, high-profile court cases, the 2020 presidential election, and President Biden's reoccurring appearances in the First State.

In her free time, she loves to read, travel, and spend time with her loved ones. Although she is a vegetarian, she considers herself a big "foodie."

Cado is excited to continue to tell stories that matter and impact various communities across the state.

Have a story idea? Email her at [email protected]