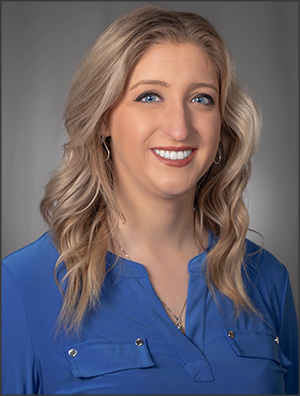 Jenna comes to Milwaukee from chilly (but beautiful) Duluth, Minnesota, where she was the anchor of CBS 3 This Morning, and a reporter for CBS 3/KBJR 6. While in Duluth, she covered several high-profile stories, such as the death of George Floyd and corresponding protests, major snowstorms, and presidential visits.

Jenna began her career in New Bern, North Carolina as a producer for WCTI-TV. In 2018, she both covered and experienced Hurricane Florence, which made landfall in her news market.

While the warm weather was appreciated, Jenna is a Midwesterner at heart and was excited to get back to the Great Lakes.

Jenna grew up just over Wisconsin's border in Gurnee, Illinois. She graduated from Illinois State University in 2018 with a B.A. in Journalism. As a Redbird, Jenna was part of the TV-10 news program, which equipped her with the knowledge to start her career.

She is ecstatic to trade Lake Superior for Lake Michigan and immerse herself in Milwaukee's culture. She's also excited to find new restaurants, breweries, and go to Mars Cheese Castle all the time.

When Jenna isn't working, you can find her with her beloved chihuahua, named Lady Bird. From reality TV binges, to brewery visits, to nature hikes -- they do everything together.