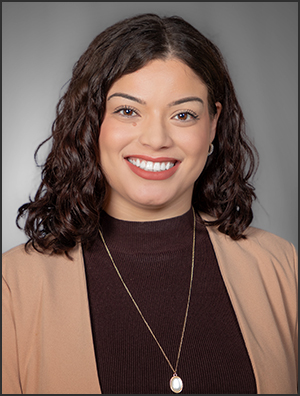 Stephanie Rodriguez is a reporter for CBS 58 and Telemundo Wisconsin. She joined WDJT in October of 2022.

Born in Puerto Rico, she is fluent in Spanish. She grew up in the Chicago suburbs before moving to Normal, Illinois, for college. During her time at Illinois State University, Rodriguez was a reporter, anchor and producer for the student-run television station and a news editor for the university's student-run newspaper. As a student reporter, Rodriguez won a national scholarship from the Radio Television Digital News Association, being named the 2017 Carole Simpson Scholar.

Her first reporting job was at the NBC/ABC affiliate in Peoria, Illinois. During her time in Central Illinois, Rodriguez was part of the team that covered a student bus crash that led to an Edward R. Murrow Award in social media for Heart of Illinois ABC.

She comes to Milwaukee from Western Wisconsin, having spent two years as a morning anchor for WQOW News 18 in Eau Claire.

While in the Chippewa Valley, she fell in love with the Badger State and all of the nature it has to offer.

Rodriguez loves to ride her bike on state trails and spends most days watching movies, enjoying the company of her cat and enjoying time with friends and family.