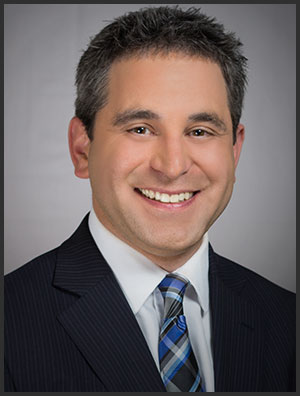 Andy is an Emmy-nominated morning Traffic Anchor. He joined the CBS 58 News Team in June 2007 as a Photojournalist. He helped launch the stations exclusive iCam traffic segments in 2008 for the Morning News. In June 2014, he moved from behind the wheel to in front of the camera to anchor the morning commute in the studio. Driving the iCam for 6 years had its advantages; Andy knows the Milwaukee roadways through and through.

Andy grew up a "Navy Brat" and has the utmost respect for our Armed Forces. His father was a career naval officer and military life had them moving around quite a bit. Virginia, California, Florida, and Maine to name just a few. In between moves Andy and the rest of his family lived here in Brookfield with his grandparents. Virginia born and Wisconsin raised, he couldn't be happier to call Southeastern Wisconsin home.

A self-professed movie buff and science fiction nerd Andy also enjoys hunting and reading up on military history. While Andy enjoys these hobbies, nothing is more fulfilling than spending time with his wife, Jennell and their three kids.

Watch for Andy on the CBS 58 Morning News, weekdays from 430am-7am.