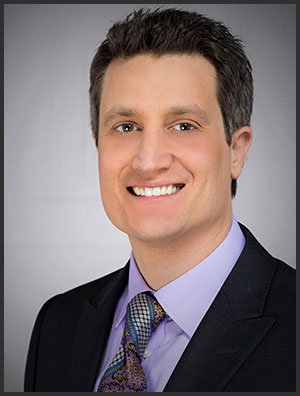 Drew's fascination with weather and television started at a very early age in the Midwest. Drew was born in Green Bay, Wis., before migrating south toward southern Wisconsin.

"Living in Oconomowoc gave me the opportunity to experience some extreme weather conditions. When the weather turned nasty, I loved to watch the great television personalities in Milwaukee tell me the story," Burgoyne said. "I was fortunate to discover what I wanted to do since middle school, so I was able to prepare myself for a career in television at a very young age."

Drew graduated from Northern Illinois University with a degree in meteorology and a minor in journalism. While in college, Drew worked as a reporter and meteorologist for CNN Local Headline news in DeKalb, Ill.

It's hard to believe Drew is celebrating five years in his role of chief meteorologist here at CBS 58 this coming year.  He stands behind his one important mission of "getting you ready" with an accurate forecast you can live by every single day of your life.

Drew lives in Wauwatosa with wife, Adrienne, and his two children, Brett and Reese. And when Drew's not eyeing the weather, he's busy rooting on his kids at all those gymnastics meets. Parents, you can probably relate.