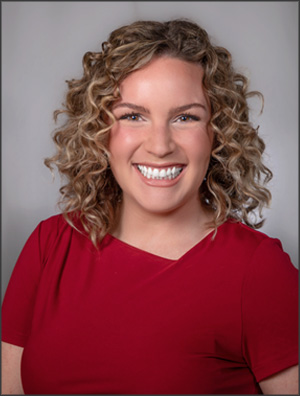 Montse Ricossa anchors Telemundo Wisconsin's 11 a.m show. Ricossa joined Telemundo Wisconsin in April of 2022. Before that, she worked at KWQC in Davenport, Iowa as their first bilingual reporter and weekend anchor for three years! That opportunity showed her just how important it is to have representation in media, especially news. Within her time there, she spoke at dozens of community events and made invaluable connections.

Montse has won an Emmy for her reporting in the Quad Cities. Focusing on the community and being involved is one of Montse's favorite aspects of journalism.

She is a native of Mexico City, Mexico, and earned her bachelor's degree in Journalism and Spanish from Augustana College.

With family in the Chicago suburbs, Montse gets to travel home often. In her free time, Montse likes to read, run, tend to her plants, and volunteer with local organizations.

If you have any stories or want to talk, you can connect by social media or email!